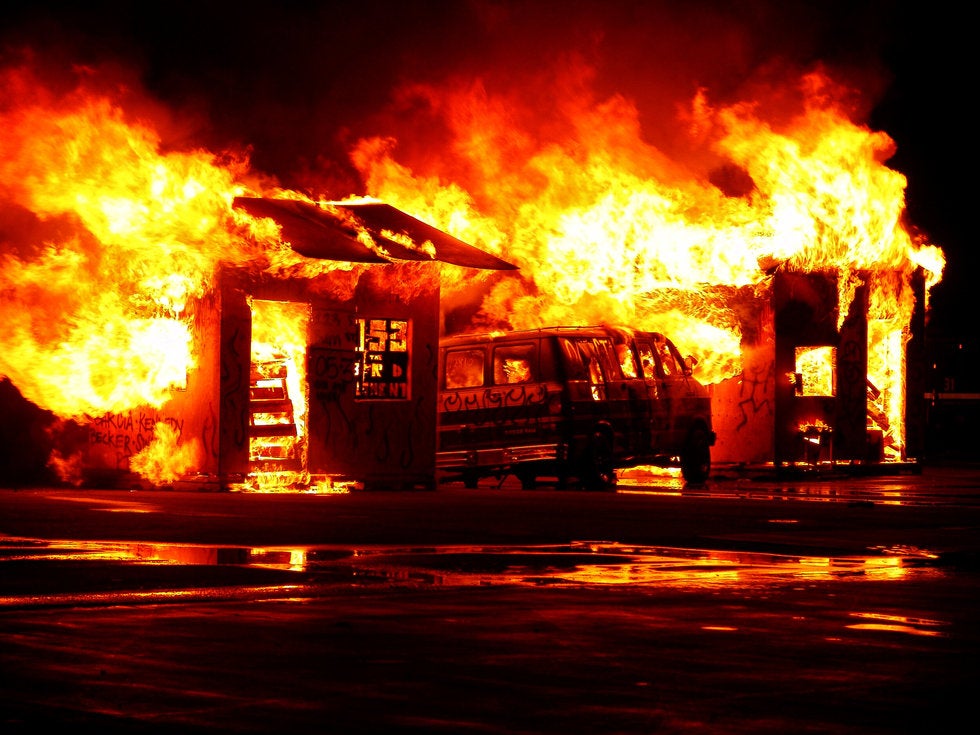 If you or a family member suffered injuries or losses as a result of a fire or explosion accident, you should immediately seek help from an experienced Houston, TX Fire and Explosion Accident Lawyer.  The top-rated Houston, TX Fire and Explosion Accident Lawyers at Hernandez Sunosky, LLP can investigate the cause of the fire or explosion and advise you on how to seek compensation from those responsible for your injuries and losses.

Who Is Typically Responsible For A Fire or Explosion Accident?

What Are Common Causes of Fires and Explosions?

Fires and explosions in Houston, TX can happen for a number of reasons.  The following are some common causes:

Determining the cause of a fire or explosion is critical to identify who is responsible for the catastrophic event.  You should contact an experienced Houston, TX Fire and Explosion Accident Lawyer who will work with experts and skilled investigators to uncover the truth of what happened.  Our goal at Hernandez Sunosky, LLP is to explore the cause of the fire or explosion to establish fault and liability so that you can recover full monetary compensation for your injuries and losses.

Some Common Locations Of Fire and Explosions

Fires and explosions can happen anywhere, such as:

What Are The Types Of Explosions That Cause Injuries?

What are the Common Types of Fire Accident Injuries?

Fires can lead to catastrophic injuries that can severely affect your quality of life, and even result in death.  Common injuries seen in fire accidents include:

What are the Common Types of Explosion Accident Injuries?

Primary blast injuries typically occur when the victim is in close proximity to the initial explosion. The injuries are caused by the shock waves produced by the explosion.

Secondary blast injuries are caused by flying debris from the explosion.

Tertiary blast injuries are caused by the force of air displaced by the blast.  The victim can be thrown around by the blast wind causing a variety of serious and traumatic injuries.

Quaternary blast injuries covers all other injuries not included in the first three blast injury categories.  Some of the injuries a victim could suffer in addition to primary, secondary, and tertiary blast injuries include severe burns, respiratory injuries, and crush injuries.

What Are Some Of The Major Houston, TX Industrial Fires and Explosions?

Fire and explosions frequently occur in the industrial or construction setting. Houston, TX has experienced several devastating fires and explosions, including:

On April 16, 1947, one of the largest non-nuclear explosions occurred at the Texas City port, killing hundreds of people, including 28 members of the Texas City Fire Department.

On Oct. 20, 1994, after rising waters ruptured a pipeline, gasoline from a 40-inch pipe ignited, sending flames racing down the river, setting fire to everything in its path.  Houses, mobile homes and cars along the banks of the river exploded and caught fire.

On March 23, 2005, a hydrocarbon vapor cloud ignited and exploded at the ISOM isomerization process unit at BP's Texas City Refinery, killing 15 workers and injuring 180 others.

On April 2, 2019, a massive explosion occurred at the KMCO facility in Crosby, Texas killing one person and injuring several others.

Our Houston, TX Industrial Fire And Explosion Are Available In Your Time of Need.

Our experienced industrial fire and explosion lawyers are available 24/7.  Call Hernandez Sunosky, LLP at 713.981.4100 to talk about your legal options.

We Can Help. Free Case Review.

The top-rated lawyers at Hernandez Sunosky, LLP will fight for you after an accident. We use our 40+ years of experience to maximize your financial compensation. Call for a FREE case evaluation. We don't get paid unless you get paid. Se Habla Espanol